Well, our blog posts are getting slightly out of sync – with Pete throwing in a couple of posts about our time in the DR and his solo crossing of the Mona passage to Puerto Rico.  Hope we haven’t got you all confused!

We are now in the British Virgin Islands (BVI’s) – it only took as a few hours to sail from Culebra (a Spanish Virgin Island) to Saint Thomas (a US Virgin Island), and then about 4 hours to make it to Josh Van Dyke, a very small and pretty island in the BVI’s.   Now, this is the type of cruising I like! The Virgin Island archipelago border the Atlantic Ocean and Caribbean Sea, and remind us very much of the Great Barrier Reef islands.  You can move between the different islands in a dinghy they are so close, so we have had a nice week pottering around.

St Thomas is a very pretty island – well populated (the whole of the USVI’s have over 100,000 inhabitants), so at night time the whole island lights up.  We only spent 1 night at Charlotte Amelie – the capital, as we were keen to get to the BVI’s and collect mail.  The town has lots of Danish influence, and quite different to the places we had visited so far. 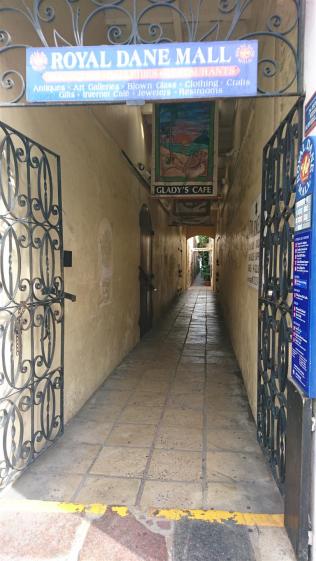 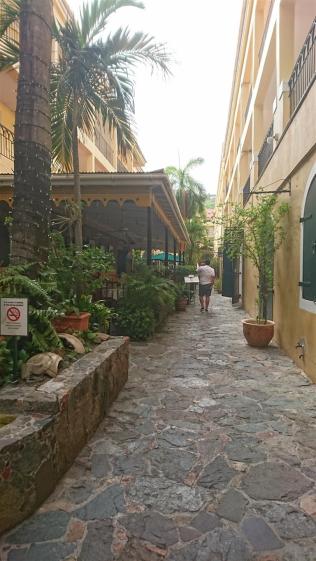 Josh Van Dyke and Tortala have many beautiful bays with crystal clear water and very warm water.  Although it is reasonable hot, there is always a nice cool breeze. 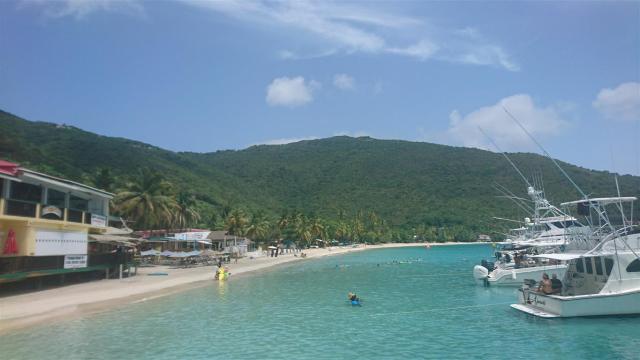 Boys had lots of fun with our blow up tire – they like to wear their goggles and put their heads in as we go as fast as we can in 9.9 horsepower dinghy (not that fast unfortunately). 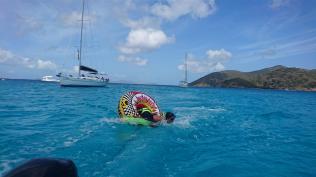 We had a really nice morning on SandyCay, a small nature reserve that had a sandy track that wound its way around the perimeter of the island.  Water was clear and lots of nice fish to be seen snorkeling.  Also, our third lobster was sighted, although it’s currently not the season to be harvesting them.

We hung out at the famous Foxy’s bar, on Little Josh Van Dyke. Foxy is now 70 and apparently still does the entertainment, although we didn’t catch site of him! 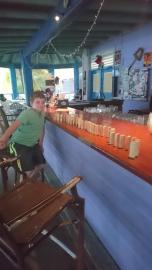 Sunsets are always great – this one was taken at White Bay on Josh Van Dyke. 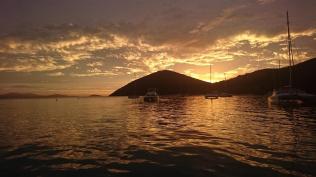 We had our first “Painkiller” cocktail – not as deadly as you’d imagine, a mixture of rum, coconut milk, orange juice and the most popular drink in the BVI’s it seems.

We are now in Nanny Cay marina, getting a few more repairs done (it seems to be never ending). This time it’s the fridge which doesn’t seem to be cooling efficiently and draining our batteries to quickly, and Pete is on a mission to finally get our water maker working which I am looking forward to!  If all goes well, in the next couple of days we will head off again, this time to check out Virgin Gouda before taking our last epic sail (an 80 mile overnighter) to Saint Martin.  My mouth is already watering in anticipation of the croissants and French bread that awaits!